Your Life.  Your Career.  Your Future.

What do our Clients say about our Administrative Separation Board Defense?

"Mr. Korody is by far one of the most talented and experienced military defense attorneys in the country! I was facing an administrative separation for a positive drug screen. When I first found his website I was concerned because Mr. Korody is a former Navy JAG and I am Army, but Mr. Korody was 100% versed in all DOD and Army drug testing policies and procedures. I am so happy Mr. Korody agreed to take my case, nothing feels better than having someone fight on your behalf. Mr. Korody handled all the communication from my command and he immediately went to work building a strong defense. For you this is the most important thing going on in your life. You have been accused, you are being shunned, your career is on the line, and your family’s livelihood is being threatened. You are going to want your case handled with the upmost care and attention. With Mr. Korody I honestly felt like he was handling it as if it was his own career and family on the line. Every document, every conversation, every procedure, every single regulation will be scrutinized ten times by Mr. Korody. This man is a consummate professional and is a master of his craft."

"With my case Mr. Korody built such an aggressive defense that the prosecutor recommended to my Commander the day before the board that I be retained and my administrative separation board be cancelled immediately."

"I am a PO2 serving in the US NAVY. Two months ago I got accused/suspected of violating Article 112a of the UCMJ (wrongful use/abuse of a prescription drug). I went through the process of a Disciplinary Review Board (BRB), Executive Officer Inquiry (XOI) and was pending an Admin Separation Board. Even when I was trying to prove my innocence, the process treated me as a guilty individual, and the odds of a good outcome started to fade out. After discussing the case with a JAG, most of my questions were unanswered. At that moment I decided to find proper legal counseling and contacted Mr. Patrick Korody.

Since the very moment I first spoke with Mr. Korody, his knowledge about these type of cases was evident. I decided to hire Mr. Korody, and I can say it was the best decision ever.

The day of the admin separation board, I could not possibly ask for a more professional individual to represent me. He held my defense in the highest possible way.  When Mr. Korody gave his closing statement, a possible separation was not even being considered by the board members. Moreover, the outcome of this board was the best possible, with a deliberation that found me NOT GUILTY by a unanimous vote. Thanks to Mr. Korody, I am now free to continue my military career."

Why hire a Civilian Lawyer for your Board?

The reality is that most military lawyers assigned to represent members at administrative separation boards are the most junior JAGs in the office.

This is your future.  Invest in it.  Hire a Korody Law.

Your Honorable discharge and veterans' benefits are at stake.

Elect to consult with an experienced lawyer.

Do not waive any rights, especially the right to a hearing, without the advice of a lawyer.

No misconduct or no basis means that the case was won outright.  Member is returned to duty and continues his or her career.

*** Past results do not guarantee any particular result in a future case.  All cases are dependent on three factors: 1) evidence; 2) board members; 3) the attorneys. 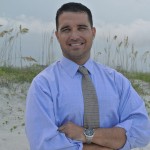 If a command wants to administratively separate (ADSEP) or “Chapter” a service member, the member will be given written notice describing why the commander is processing the member and the least favorable type of discharge authorized. This form also serves as the member’s opportunity to elect or waive certain rights including the right to consult with a military lawyer. It is always advisable to elect your rights and consult with an experienced military law defense attorney before waiving any of your rights or the board itself.

A service member may have the right to request an administrative separation board, which is a hearing to fight the separation or characterization. Whether a member has this right depends on how long a service member has served in the military and whether he or she is are being processed for an OTH discharge. Generally, an enlisted member with six or more years of service is entitled to a board, and some offenses always entitle the member to a board regardless of years of service. If a service member is not entitled to an administrative separation board, he or she still the right to request review of the decision to process him for separation by a higher authority.

If the member is entitled to an administrative separation board and chooses to proceed with the board, the board (composed of three members) will generally have to answer three questions. They are:

There are four ways an administrative separation may be characterized: Honorable, General (Under honorable conditions), Other than Honorable (OTH), and entry level separation. An OTH is the worst characterization of discharge authorized by most ADSEP boards.

To get the best possible result in your military case, hire Korody Law.

"Mr Korody laid out all of my options clearly, recommended the best course of action for me, and I could not have dreamed about getting a better result for my case, and my military career.

He was extremely accommodating (I work overnight hours), he was always prompt in answering my questions, and he was extremely professional when it came time to sit through my board. Mr. Korody was beyond prepared and never caught off guard with any of the questions that were brought up.  I highly recommend obtaining his services"

Each armed force has different regulations governing the rules for separation. The Navy is regulated by the MILPERSMAN section 1910 for enlisted personnel. The Army follows AR 635-200. The Marine Corps uses MCO 1900.16. The Air Force follows AFI 36-3208. The Coast Guard follows COMDTINST M1910.2.

Common reasons for administrative separation include:

Korody Law has handled administrative separation boards at more than 25 installations around the globe and with deployed units.