In a court-martial, the opposition is the United States.

Make no mistake, your commander wants you convicted.

A commander makes the final decision to send charges to court-martial.  It's called "referral," and when it is done it's indicative of the belief that this Sailor, Soldier, Marine, or Airman needs to be convicted of a crime, go to the brig, and be expelled from the service.  The commander will stack the members panel (jury) with members likely to convict.  The commander will initially decide what witnesses and experts an accused can have.  The military defense counsel assigned to an accused may even have orders to go work for that very commander in a month or two.  Many times there is just lip-service to fairness, impartiality, and justice. 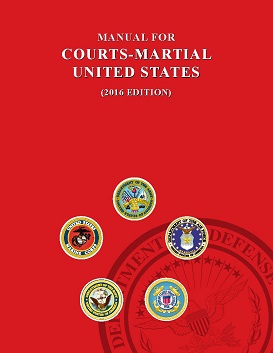 "To say thank you seems so inadequate.  From the first day that you represented [my son] after he was incarcerated to the day he was found not guilty by the military jury, you were thoroughly prepared and performed exceptionally well.  You actually cared about [my son's] case.  Anyone would be lucky to have you represent them in a court of civil or military law.  I will be forever grateful."

- Mother of USMC PFC, following acquittal for a charge of Rape

To get the best possible result in your military case, hire Korody Law.

The U.S. Government has dedicated infinite resources to secure your conviction.

What resources have you dedicated to secure your innocence?

As a civilian court-martial defense attorney, he knows how military commanders, investigators, and prosecutors think and act. Mr. Korody uses his unique experience, training, and skills to represent service members facing charges under the Uniform Code of Military Justice.

GET A SECOND OPINION.

Mr. Korody represents clients at Article 32, UCMJ Preliminary Hearings and Special and General Courts-Martial for all offenses under the UCMJ, including:

Our strategy at Korody Law is simple.

Mr. Korody has litigated cases at various reserve centers throughout the United States and the following military installations:

Mr. Korody is available to represent members of the military throughout the United States and worldwide.